I’ve wanted a map puzzle for as long as I can remember. But all I could find were jigsaw puzzles with maps drawn on them, instead of the map-shaped pieces I wanted. Now that I have a 3D printer I can design my own puzzle of the artificial borders which humans put between themselves!

I began by manually (with the mouse, not with my “mano”) tracing all countries on Inkscape. Then I saved them as individual 2D .dxf files and extruded them to 3D shapes with Openscad to make printable .stl files. Simple process, tough work.

And it proved itself tougher when I realized I had to carefully choose how much space to leave between the pieces so they would fit well when printed. I tried to sumarize everything I did on this post so people could try making their own puzzles too.

Another problem I ran into was scaling. I would love to make the whole world to scale, but my building area is limited to about 95x95mm. So let’s say I scale Russia to fit as one piece on the platform – then most countries will print out super tiny! Another option would be to print the largest countries in parts, but for now I’ve found another partial solution: I’m making separated puzzles for each landmass.

I printed South America scaling Brasil to occupy as much of the platform as I could, and at this scale, even French Guyana turned out to be in a recognizable shape. The files are here: http://www.thingiverse.com/thing:11084  (It’s worth mentioning that you can also download each country separately to edit and print any way you want 😉 ) I printed them all in black so it is solved by shape only, but maybe someday I’ll print a colorful copy too hehe… (Update: I painted Africa, and will paint the other puzzles too) 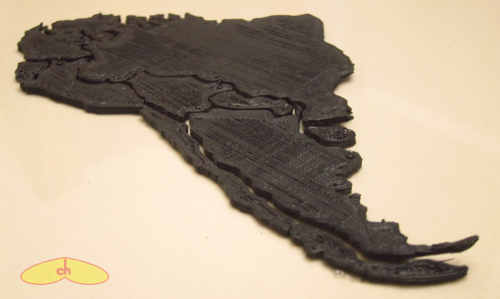 I couldn’t print Central America at this scale though, so I’m planning to either print it separately at its own scale or together with North America (I’d have to break apart Canada and the USA though). What do you think I should do? (Update: I printed Central America as its own puzzle)

Right now I’m printing Africa at a slightly larger scale than South America. Some countries like The Gambia won’t be printable though, but most of the continent is coming out well. Will post pictures and files soon. (Update: here it is!) 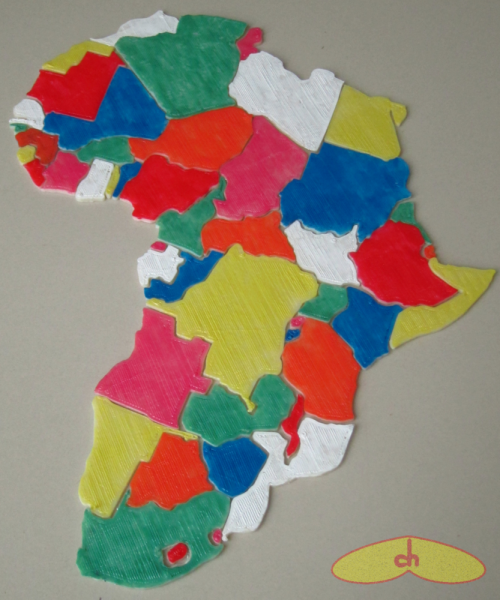 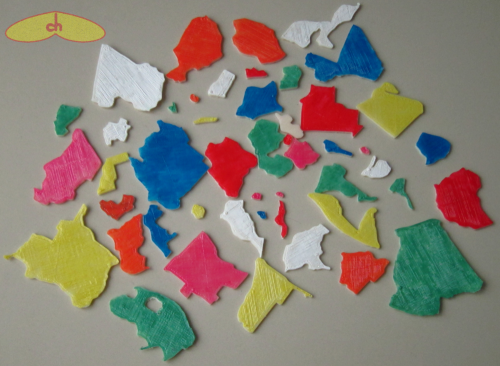 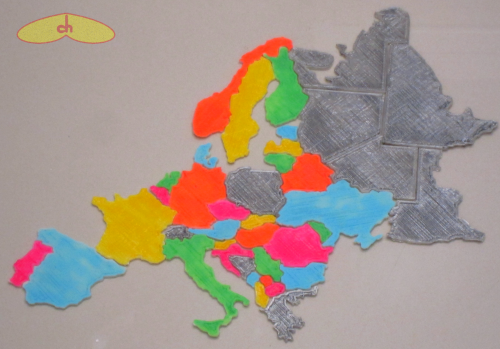 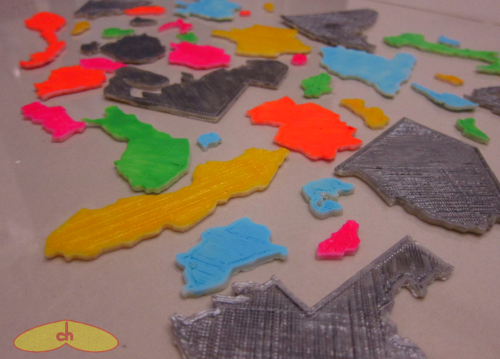 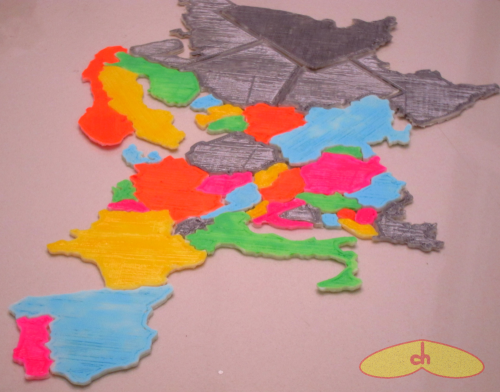 (Update: I’m currently moving to a new country, so  haven’t got much time to print lately and now I have to pack my Cupcake 3D printer… This means I haven’t been able to finish printing Asia yet and I’m not sure when I’ll be able to do it… So I’m going to do someting I don’t like to and upload the files without having completed my print. I’m sure all the pieces work. I divided both China and Russia into 3 pieces each, and unfortunately some small countries like Lebanon couldn’t be a piece on their own…

As soon as I finish mainland Asia, I’ll begin printing islands from all continents, like Madagascar, Britain, Malaysia, Indonesia, Cuba, and so on… And finally at the end I’ll print a frame to fit the pieces in.) 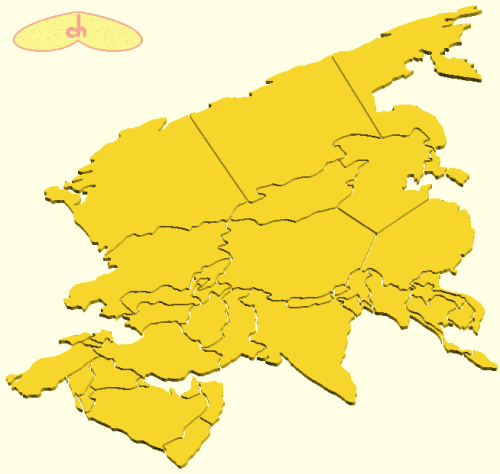 I’m very happy with the puzzle, but I consider it a work in progress. I’m currently looking into better and easier ways to design the pieces so they fit together nicely. So stay tuned for better versions, and in the meanwhile, have fun testing your geography skills!

One thought on “Map Puzzle”